Hey everybody! It is Andi G with The Emerald Group right here in beautiful Crestview, Florida. If you are new to this websiteand you want more info on Crestview and other Emerald Coast cities, go ahead and stay until the end of this blog!

Today, we are going on a driving tour of Crestview. We will talk about Crestview as a whole, the sections of town, some pros and cons of each, and a little bit about the feel of these areas. So let us talk Crestview!

The city is divided into four major sections, Northeast, Northwest, Southeast, and Southwest. Highways 85 and 90 are the dividing lines, so driving up 85 North, on your left is Southwest Crestview, and on your right is Southeast. Until we get to Highway 90, we are in South Crestview. We will start here.

South Crestview has an unofficial dividing line, Interstate 10. Houses below I-10 tend to be highly sought after by most people who work at Duke Airfield or Eglin or just like to spend time down in FWB. Folks who are hopping on the interstate to Pensacola, Navarre, or Destin do not tend to mind too much being on the north side of it, because the traffic between the interstate and the neighborhoods immediately north and south is pretty much the same.

South of I-10, there is really no shopping to speak of other than gas stations and basically all the restaurants are fast-food chains. That is largely because South of I-10, you are just barely in Crestview, so it is all pitstops for travelers and tourists headed to Okaloosa Island. Those of us that live south of I-10 try very hard not to need gas on a sunny Saturday or Sunday morning.

But the neighborhoods on either side of town range anywhere from modest starter homes in the 1000 square foot range on up to 6,000 square-foot lakefront mansions. And, depending on which neighborhood and which side of 85, you’re still 10 minutes or so from the heart of town, which is where we are headed next.

North of I-10 but still in South Crestview as you are below Highway 90, that is where what action there is can be found. Downtown is here, along with any number of shopping centers along 85. Crestview Corners is going in on the Southwest as well, a teesny bit north of the Interstate. And, if you drive just a block or two down the side streets, you will find all the residential neighborhoods.

Since the area surrounding Downtown is the oldest part of Crestview, you will find the oldest neighborhoods with the biggest, most beautiful trees here as well. Because these were not planned subdivisions, there is more variety and well, quirkiness, to these older lots and homes. There are some new houses in the middle of town as lots are subdivided, old, uninhabitable homes being replaced by new ones, or vacant lots now being used for new homes.

That is predominately the westside. Some of that quirk is available on the southeast side, but there are planned subdivisions as well, especially along Redstone Ave. The most famous of the group is Redstone Commons, but there are townhouse communities and more established neighborhoods on the east as well.

On both sides of town, after a few blocks from 85 it starts to look pretty country pretty fast. A lot of us love that, because it means we kind of get to have our cake and eat it. We do not have to live 30 or 45 minutes outside of town to get a house with some elbow room between neighbors. And while we do not have white sand beaches, we do have plenty of lakes, ponds, and streams all around Crestview, so there is in fact waterfront in Crestview if you are into that! One of my clients just bought two acres with its own pond IN TOWN, it is all of 5 minutes to the center of town.

If we head North of town, taking Hwy 90 West is the back way into Pensacola through Holt, Milton, and Pace. Hopping on Hwy 4 gets you out to Baker about 9 miles from the center of town, and the Blackwater River State Park another 20 miles. Northwest is either subdivisions, ranging in general from about 250 to 500, or back roads and scattered individual homes many of which are on acreage. If you are working in Pensacola or Navarre, then DEFINITELY look on the west side.

Northeast of town there is a couple of subdivisions, and far more large lots, and some even a few farms. The Emerald Coast Zoo is   also out on Hwy 90 East. There are new builds planned in some of these areas, and a lot of undeveloped land, owned by companies and individuals. Quite a few lots out here are “we’ll build our retirement home one day” parcels. Staying on Hwy 90 headed east takes you out to Deerland, Mossy Head, and Defuniak Springs, but we will talk about those towns another day.

If we stayed on Hwy 85 and just drove straight north a bit longer, w would pass by Crestview High school and the two shopping centers that mark the unofficial end of town. City limits are a bit farther north, but once you cross the intersection of Hwy 85 and Old Bethel on the West and Airport Rd on the East, you are considered to be out of town.

Most of the area immediately north of town is Auburn and Garden City, which are communities but also roads. There is a fair amount of new construction happening off Garden City Rd, and the area to the east of Auburn/Garden City. That is Poverty Creek, named after both the creek and the road. These are good places to look for little houses on big plots. Due to the road condition in times past--and some of them now--it was much easier to drop a manufactured home in place than do construction onsite. As these go on the market, it can be a great investment for someone who wants the country life now but plans to replace a smaller manufactured home with a stick-built later.

The downside of living anywhere out in Garden City, Auburn, Poverty Creek, any of those points north, is that you are looking at a bit of a drive if you are planning on doing anything from grocery shopping to a night on the town. If your goal is country living but you also want to get to the “touristy” areas at least once or twice a month, I would really recommend looking east more than west. East puts you closer to Hwy 285 down to Niceville, which will then get you onto 293, which is a straight shot to Destin. 293 is a toll road, but it’s absolutely worth getting yourself a Sun Pass to cut your travel time in half.

So, that is my overview of Crestview. Thanks for sticking with me to the end! And if you are thinking about moving to Crestview or anywhere else here on the Emerald Coast, please give me a call, text, comment, message, whatever works for you, and let me help you make my hometown your hometown. 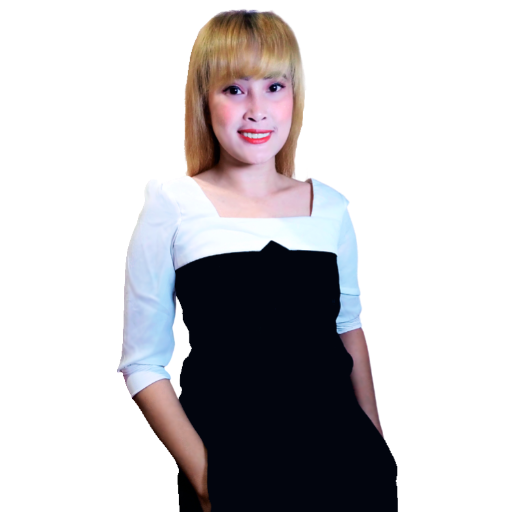 Tips on Buying Property during Winter time in Florida

Is it wise to buy a property during the Winter Time? One way to make buying a house easier is starting the process at the right time. In Florida, housing inventory, mortgage rates, and market trends

Big Things Are Happening in Crestview!Hey Everybody, it’s Andi G with the Emerald Group, coming to you from beautiful Crestview Florida! If you’re new here and want to learn more about

Exploring New Age Shops in Florida | Check them out!

What are the best metaphysical stores in the area? Let me introduce you to my favorite three spots here on the Emerald Coast. Each of these spots offers something different, so I can’t

The Serene Beauty of Watersound Beach on 30A in Florida

Watersound Beach is this great gated community seated between Seagrove and Seacrest. It has huge houses with pools and also smaller cottages, but the amenities are what really set it apart from