Alright – Let’s talk about the Housing Market for 2020. This is going to be a bit longer than our usual Blog and Video because we are going to touch briefly on the Housing Market Nationally as well as the Local Market here along the Emerald Coast of Florida. The entire Fort Walton Beach area, to include Navarre, Destin, Niceville, Crestview, Panama City and Pensacola will be the “local” topic. 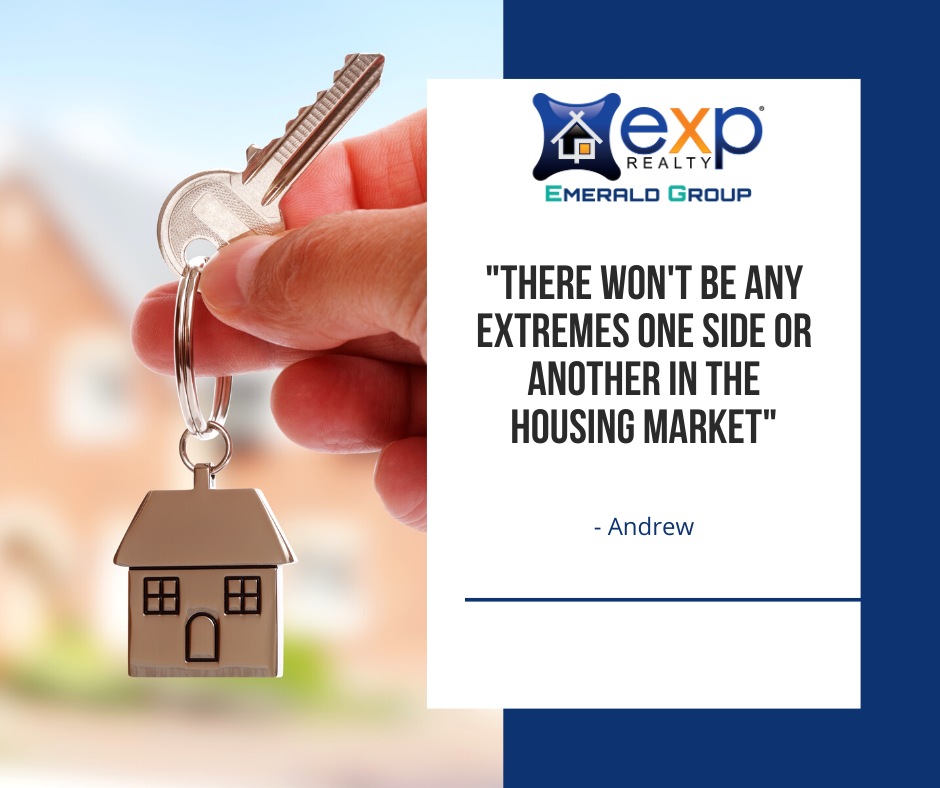 First and foremost, you know if I'm just going to throw out a baseline here about the housing market across the country, it looks like it's going to go kind of lateral. We're not going to be going to any extreme unless you live in certain cities but I'm not going to get into that but there shouldn't be an extreme on either side there.

The nation’s unemployment is staying at a 50-year low, it's extremely low, so there's not a lot of unemployed people which is good for consumer confidence. The interest rates are low and still expecting to remain low. Keep in mind the average interest rate is something like 8% - don't quote me on that number of course - but somewhere in that realm and we've been underneath that for a long time and it's expecting to stay that way throughout the entire year which is awesome.

We should have a minor growth of about 1% in new construction sales. Now some areas are going to be a lot higher than that. They're expecting something like 750,000 new construction builds which is approx. 11% increase year over year which is good and that means there is going to be a lot of new houses on the market. We've been needing that for a long time, so that's going to kind of hinder some things.

Existing home sales are going to kind of teeter off just a bit. These are homes that are already built that are being resold. They're expecting about 5.6 million in this category alone. This is about a 4% increase. We're going to have more inventory in most markets but there's also going to be more new construction, which is good because we've been on a listing shortage for a while now, which is what's driving prices up so high so this should ease that growth a little bit on home prices, so they should not be exceeding them, you know be exceedingly high in the last five years.

Currently prices have raised about 25% nationally, it's been a little bit higher here locally but overall about a 25% increase for the last five years, which is extremely fast. We're going to see that teeter off to about 1 Percent increase this year. Of course, these are all predictions so you just never know. Locally right here Fort Walton Beach and the surrounding areas were expecting to see an increase of about 4% in price. So we're still a little bit higher. We've been consistently behind the market year over year for the last 6 years or so since I've been in real estate, so that doesn't surprise me that we're still rising in price a little bit.

Most likely they will remain steady, probably ending the year somewhere between 3.7% and 3.9% is what we are expecting through the end of 2020. Most of the big predictors are saying the same thing, right? 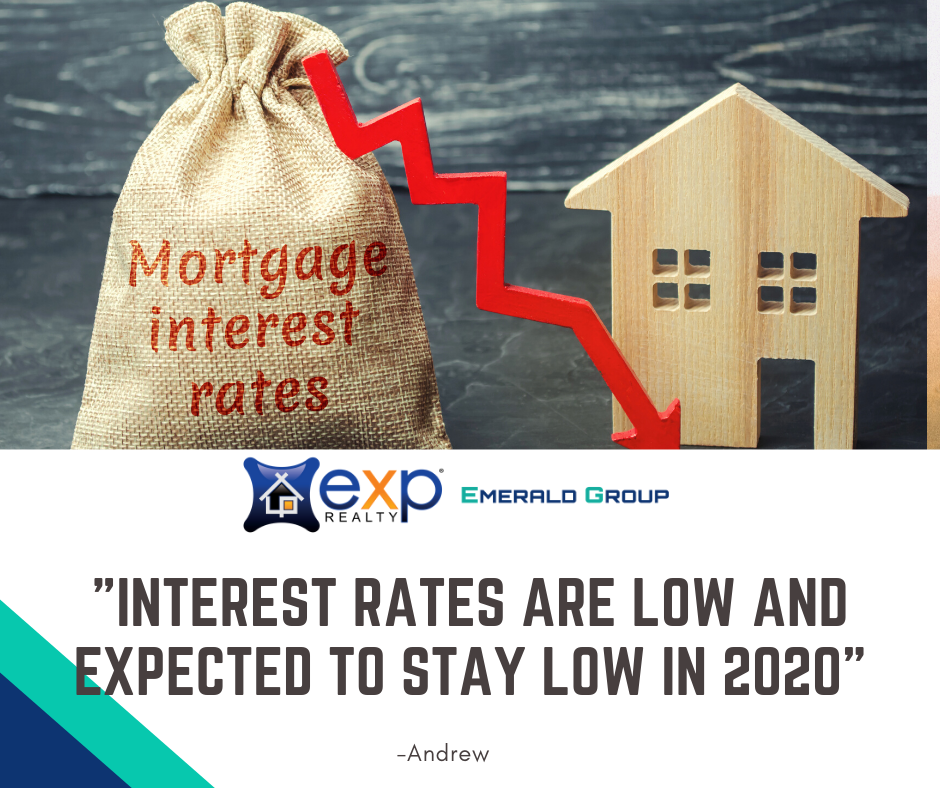 All in all it's great to Great market for sellers, of course and it's going to start bringing in mix deals for buyers. Consistently over the last year or two, we've been seeing buyers head into bidding wars and having to really come to the table with less concessions and not getting a great deal per se. On top of that with pricing increases it’s kind of hurting the buyer little bit, so now we're going to see the buyer being able to compete a little bit better and being able to get a little bit more off the price – maybe - but not much.

This is not to say we're not swinging into a Buyers Market by any means but we are starting to see the massive Seller’s Market begin to cool off just a bit. It's going to help just a little bit. I don't think it's going to be anything overly noticeable in our Local Markets really, but you know, unless you're in the industry seeing it day to day so don't expect anything crazy.

Let's go for some tips here for our sellers. The market still good. Assuming you aren’t several mortgages in debt - you're going to make money with the prices exceeding what our prices were back before the crash back when Lehman Brothers collapsed in 2007 and following the crash of the housing market shortly thereafter. We're still seeing great returns. The prices are back up and even above those down years.

Big tip for you Seller’s, let's not get greedy. That's kind of the whole point here. We need to stop being as aggressive as we have been over the last year or two. We've been telling ourselves to be very aggressive and price it up high and we're still getting multiple offers. I expect this to soften up just a bit and we will see a little less of this as time goes forward.

Now, this is not going to fall off completely. What I am expecting is probably about 25% of most home sales are going to be in a bidding war anyway, but it is going to fall off a little bit so being a bit less aggressive on your price would be smart move here. Example, if we think the home is worth $350,000 than pricing your home at  $360,000 or $370,000 just to “test the market” is probably going to hurt you a little bit more than it did in 2019 and 2018, so be careful about that.

Now our Home Buyers - we’re going to have a little bit better negotiation, but not much more, which is good. Here in our market locally, you can typically get Seller Concessions to help pay for your Closing Costs pretty easily and I don’t see that being affected at all but now we might even be able to get a little tiny bit off of list price for those priced too aggressively.

Unfortunately, first-time home buyers are still getting hurt by the higher prices. There are a lot of Buyers in the sub $200k range that are not able to find something that really matches everything that they want. Of course, if you are a first time home Buyer, you kind of need to expect that. We have been very lucky of the last decade where first-time home buyers could really get a nice home for a very inexpensive price and that's that that is now teetering on the other side of your sub 200k. Sure, you're not getting the huge beautiful home, with the big lot and all the amenities in the world but you will still be getting a pretty nice place if you decide to take a few concession. Your beautiful kitchen might not be there if you want a big yard, or you might get your big yard but miss out on the granite countertops and nice flooring.

And this is off the main subject completely, but our roofs are old here in this area, Hurricane Ivan came through in 2005 so that ripped off a ton of roofs in the area. We're going to see that a lot in this area over the next several years and we need to know that some of the roofs may need replaced.

And then lastly it is an election year every election year we see a big slowdown. We see it approximately a month or two before now approximately a month or two after it doesn't mean the market stops, but consumer confidence goes down a lot. I mean it literally makes everybody scared and I don't know what people are scared about or what they think the new President is going to stop. Whoever the next president is going to be is not going to stop the housing market or anything along those lines. I don't know why but as a whole - consumer confidence drops. There will be a big burst of sales. There will be a lot of buyers in the market and there will be a lot of Sellers trying to get their house sold. And then of course right after the election things even out to normal and consumer confidence goes a little bit higher.

That is our 2020 Market prediction in a nutshell again.

I look forward to helping if there are any questions, please put your comments in the comment section down below and we'll answer whatever questions we can.

Please remember, these are just predictions, so there is nothing set in stone.

I hope you have a good year. 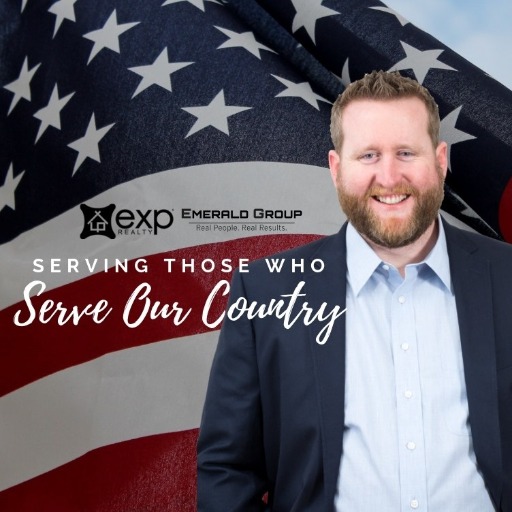 Curious what it looks like driving through Destin on highway 98, today we will take you for a quick tour of 98 in Destin Florida, and share some fun facts about Destin, let us get into it.What is

Tour at West End of 30A Florida | Hidden Paradise!

Living in 30A Is SO expensive, but I LOVE that area!! If that is what you are thinking and you are trying to find a way to move to 30A, stick around, I have got a hidden gem area just for you!I am

So Much to Do at Blackwater River State Park Florida | Experience the FUN!

You are moving to the beautiful Emerald Coast and you are wondering, well there has to be more than just the beach and boat life in the area, right? Well, you are definitely correct, let us talk

Top 5 Pros and Cons Before Moving to Crestview Florida | You must know!

Are you thinking of moving to Crestview and want some insider info? Well, stay tuned because I have got a list of the Top 5 Pros and Cons of Living in Crestview!Hey everybody! It is Andi G with The